App and software-centric businesses dominate the new world order, leveraging cloud platforms and unbridled connectivity to reach customers everywhere. However, today’s technology leaders must be experts in two domains: software and cloud infrastructure. There is no software without infrastructure. And while cloud platforms have virtualised physical IT, software developers must understand how everything works to deliver the quality of service their customers expect.

Prescribing medication for patients is becoming simpler and safer with Medi-Map, a cloud-based medicines and e-prescription management platform.

Pharmacist couple Greg and Julie Garratt founded the company after spotting an opportunity to evolve prescription systems from heavy reliance on paper to a fully integrated e-Health solution.

Microsoft Azure ticked the boxes, providing a secure cloud-ready launchpad for Medi-Map’s Australian operation and beyond. However, working in the cloud highlighted a skills and experience gap that knocked the health services provider’s confidence to progress optimally at the required pace.

While Medi-Map’s development team continued to write applications for Microsoft Windows and other operating systems, as self-described “cloud immigrants” they were less familiar with much of Azure‘s cloud-native functionality.

“Our skillset was geared more to deploying software to servers rather than serverless infrastructure,” Paul Hilton, Medi-Map’s CTO said. “We’re software people – not infrastructure people, so we needed help to ensure what we were delivering wasn’t going to be a fizzer requiring unexpected additional work.”

“Ignorance is not bliss in the cloud. There’s a huge surface area on Azure – that’s why you need an expert to navigate the way.”

Leaven investigated five key areas to gauge the state of Medi-Map’s Azure environment, including scalability, availability, resiliency, security, and DevOps. Feedback covered both the good and the bad and prioritised over 100 recommended improvements for future release cycles.

“The surface area on Azure from a functionality perspective is huge, and growing every month” Hilton said. “Rather than wrestle with three to four options, Leaven understood each use case, narrowed the options and outlined the pros and cons of each so we could make an informed decision with confidence.”

A fan of agile development but unfamiliar with its application to Azure DevOps, Hilton used Leaven as a sounding board to critique his early foray into the domain. Using both Kanban and Taskboard for each sprint, Hilton wanted to fine-tune his team’s agile processes with a view to shortening release cycles, improving the accuracy of task estimates, increasing the quality of development, and improving the visibility of resource availability for future projects.

“We went through that with Leaven and the feedback was encouraging – it gave us confidence to move forward,” he said. “We went from virtually no implementation to using agile processes daily – without drowning everything in IT speak.”

Now with a better understanding of the rules of the game in Azure, Medi-Map operates with new confidence in the cloud. However, a less heralded part of the health services provider’s progress comes from Leaven sibling CCL, who provides cloud monitoring and security under the guise of its Managed Cloud Service (MCS).

“CCL’s management overlay is a huge value add, introducing practices to make it easier to manage our environment, and transparency to put internal and external teams on the same page,” he said. “The ability to get the attention of an individual rather than just an 0800 helpdesk is extremely comforting.”

Public cloud services such as Microsoft Azure increasingly form the foundations of global facing companies. But getting the best from these services is harder than it looks. It pays to know your way around. “You don’t know what you don’t know – ignorance is not bliss,” Hilton said. 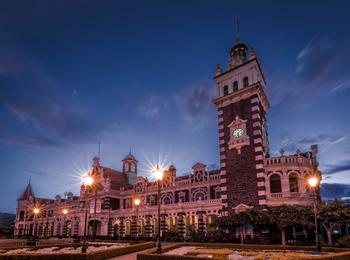 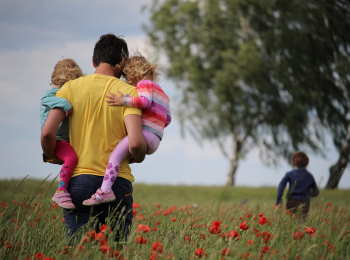